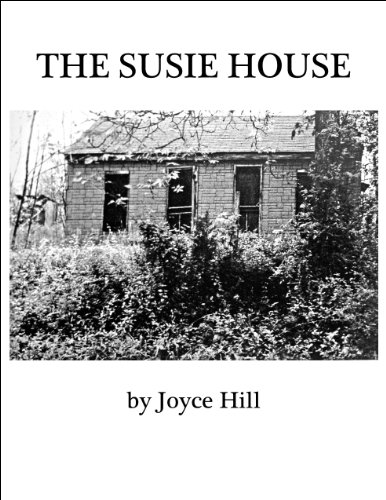 They say that everyone has a novel in them. Mine happened by chance. After my father died my mother gave me a small packet of letters that she had stored in her Bible dating from 1909 to 1936. Laid out in chronological order they gave a snapshot of that place and time around The Great Depression. After my father’s funeral I rode back to the home of my Aunt and I asked her about the Susie House and how it got its name. The Susie House was the two room tenant house on my grandfather’s farm that I and five siblings grew up in.

My Aunt told me the following story about her Aunt Susie and how she was widowed while pregnant with her first child. Her husband died of influenza in the military and his body was shipped back in a sealed casket with guards posted to prevent the opening of the casket. Needing to know if it was really his son, his father and a friend broke the seal revealing that indeed it was his son. Six weeks later he contracted the influenza and died as well as other members in the small community of Sunfish Kentucky.

Susie’s father then built the cabin at the foot of a hill that led to his farmhouse on the top. Susie’s baby died at childbirth with the cord wrapped around its neck. Susie went to work for the priest at St. John the Evangelist Church and her father sold the farm to my grandfather and that is how we came to live in the Susie House. Lore has it that the Susie House was haunted by Susie looking for her baby.

Sunfish, Kentucky was established by thirteen families that came out of Virginia to homestead the land. The priests from The Society of Jesus and the Black Franciscan Nuns established the church and school for the small Catholic community. The settlers were of Scotch Irish ancestry. My father was Irish with red curly hair and pale blue eyes. My mother was Scottish with black hair and dark brown eyes.

The Susie House and the letters at the beginning of each chapter are the thread that runs through a fictionalized account of real people and events and my own experience of growing up in this very unique place and time. I asked my mother’s permission to use the old photos of long dead and forgotten people that populate the story. About five years ago the Susie House finally collapsed under all the forgotten dreams and memories but the church and school are still standing.